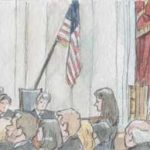 This morning the Supreme Court heard oral argument in a lawsuit filed by Entertainment Studios Network, a media company owned by African American entrepreneur and entertainer Byron Allen, against cable giant Comcast. ESN and the National Association of African American-Owned Media, an organization with which ESN is affiliated, argue that Comcast violated 42 U.S.C. Section 1981, a federal law barring racial discrimination in contracts, when it declined to carry channels that ESN produced. The question before the justices centered on what ESN is required to allege for its lawsuit to go forward: Is it enough, as the U.S. Court of Appeals for the 9th Circuit ruled, that the complaint contends that race was a “motivating factor” behind the defendant’s decision, or (as Comcast maintains) must the complaint instead assert that the decision would have been different were it not for the plaintiff’s race? After an hour of oral argument, the justices seemed likely to strike down the 9th Circuit’s ruling, but it was less clear what standard they would select to replace it. It also seemed possible that ESN’s case might survive and move forward, at least for now.

There seemed to be little support among the eight justices – Justice Ruth Bader Ginsburg was out with what the court’s Public Information Office described as a stomach bug, but will participate in the case – for the 9th Circuit’s decision. As Justice Elena Kagan pointed out to Erwin Chemerinsky, who argued on behalf of ESN and NAAAM, the court of appeals ruled that ESN could win its case (rather than simply advancing it) if it could show that “discriminatory intent was a factor” in Comcast’s decision not to enter into a contract with ESN. “Don’t you think,” Kagan asked Chemerinsky, “the Ninth Circuit has to be reversed?” Justice Neil Gorsuch chimed in, “Don’t you agree that the Ninth Circuit was wrong?”

The debate focused primarily on what standard (if any) should be used, but there was no clear consensus. Chemerinsky endorsed a two-tiered approach, which would allow a case to go forward as long as the plaintiff alleged that race was a motivating factor in the defendant’s decision, but would only allow him to prevail if he could show that the defendant would have made a different decision were it not for the plaintiff’s race.

But several justices regarded such an approach as problematic. Gorsuch suggested that it would be “unusual” for the Supreme Court to “apply different legal standards at different stages of the same case.” Justice Samuel Alito asked whether a case that acknowledges that it could not meet the more stringent standard “at the end of the day” should be allowed “to go forward to its inevitable doom?”

Chief Justice John Roberts regarded the difference between the two standards as “somewhat academic.” He told Miguel Estrada, who argued on behalf of Comcast, that even when there is “racial animus” during the process of negotiating a contract, it could still be hard to show that the defendant would have reached a different result were it not for the plaintiff’s race. At the same time, Roberts continued, “it’s also hard to ignore the part” that racism may have played, and it “may be a reasonable allegation” that the racism continued, even if it only showed up clearly at one point in the process.

Other justices seemed to seize on this point, suggesting that the answer is not a standard that focuses on whether racism was a “motivating factor” or the primary influence on the defendant’s decision, but instead a more holistic look at the plaintiff’s contentions. Kagan acknowledged that “you don’t want people throwing around baseless allegations,” but she also emphasized that courts would be deciding whether the case can move forward before fact-finding, at which point the “plaintiff isn’t going to know everything else that could have been in the defendant’s mind.” The solution, she proposed, would be to allow the complaint to proceed “as long as the plaintiff comes forward with sufficient allegations” to show that racism was involved in the defendant’s decision.

Justice Stephen Breyer seemed to agree. He asked Morgan Ratner, the assistant to the U.S. solicitor general who argued on behalf of the federal government in support of Comcast, “If we’re talking about pleadings, what’s the difference?” If the plaintiff provides evidence, Breyer queried, that the defendant “used race improperly to deny” him the contract, “who cares whether they say it was a motivating factor or whether they say it was a but-for?”

Justice Brett Kavanaugh echoed this thought. Stressing that discrimination cases “are not usually thrown out at the motion-to-dismiss stage,” and that you instead “usually have the ultimate legal test in mind,” he asked Chemerinsky to weigh in on a test that would “look at the facts alleged in the complaint to see” “whether you could plausibly infer from those facts” that the plaintiff could prevail.

Kavanaugh reiterated that “it’s pretty rare to throw out” discrimination complaints after a motion to dismiss, observing that the complaint only needs to pass “a pretty low bar” – suggesting that ESN’s complaint would survive even if the Supreme Court were to vacate the 9th Circuit’s ruling in its favor. And Alito suggested that, even if ESN’s complaint were subjected to a tougher standard, the company had still alleged enough facts for its case to be able to move forward.

Today’s oral argument focused almost entirely on the text, history and operation of Section 1981, with relatively little discussion of the broader implications of the court’s ruling. But the business community and civil rights groups are watching this case closely. Estrada touched briefly on the potential consequences of a ruling in favor of ESN, telling the justices that if the 9th Circuit’s ruling is affirmed, it will be “vastly easier” for employees to obtain damages under Section 1981 than under the “carefully tailored regime” that Congress created in Title VII of the Civil Rights Act for employment discrimination cases. For their part, ESN and its supporters told the justices in their briefs that a ruling for Comcast would “shut the doors to the federal courts” for many African American businesses.

The post Argument analysis: Justices debate, but do not resolve, pleading standard for lawsuits alleging racial discrimination in contracts appeared first on SCOTUSblog.