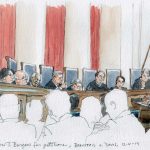 It probably was not a good sign for Texas in Banister v. Davis, a technical post-conviction habeas case with potentially major ramifications, that some of the most skeptical questions at Wednesday’s argument came from Justices Neil Gorsuch and Brett Kavanaugh. Indeed, by the end of the 59-minute argument session, there appeared to be at least six votes for the conclusion that Texas state prisoner Gregory Dean Banister did not file a “second-or-successive” habeas petition when he timely moved under Rule 59(e) of the Federal Rules of Civil Procedure to amend the district court’s judgment rejecting his first federal post-conviction suit. And although that result may not ultimately change the outcome of Banister’s individual quest for collateral post-conviction relief, it would avoid a significant decision narrowing the available avenues for federal post-conviction relief for state and federal prisoners alike. 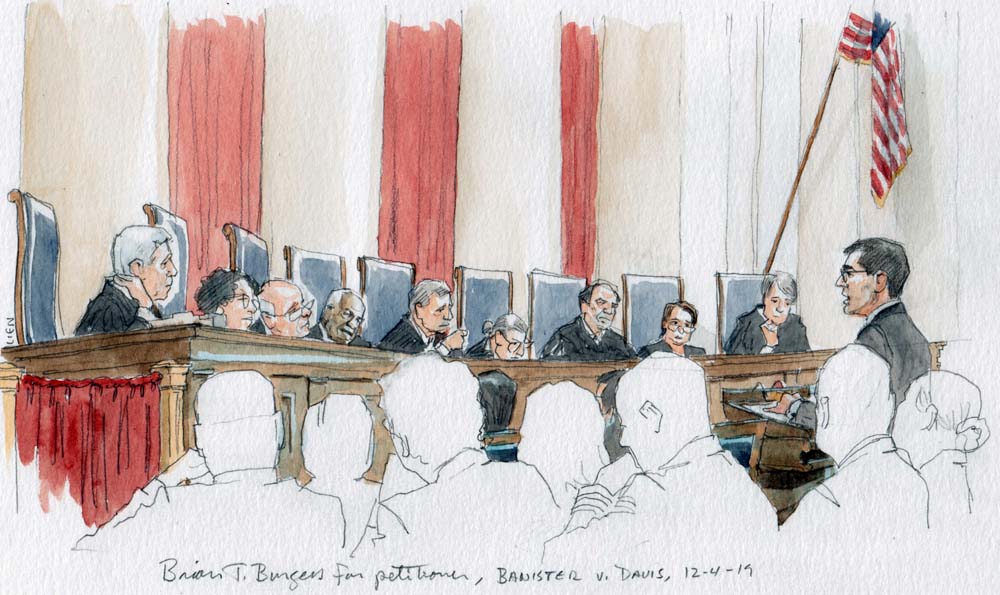 As I noted in my argument preview, the central issue in Banister is whether a prisoner’s timely Rule 59(e) motion to amend a district court judgment denying his first federal habeas petition counts as a “second-or-successive” habeas petition for purposes of the Antiterrorism and Effective Death Penalty Act of 1996. In Banister’s case, resolution of that question determines whether his application for a certificate of appealability was timely. But more generally, if the answer is “yes,” it would dramatically narrow the available grounds for relief under Rule 59(e).

Arguing on behalf of Banister, attorney Brian Burgess emphasized the historical treatment of Rule 59(e) motions prior to AEDPA, and the absence of any indication in AEDPA that Congress intended to upset this understanding. According to Burgess, there is no record of courts treating a timely Rule 59(e) motion seeking reconsideration as a second-or-successive habeas petition prior to 1996, and so no reason to think Congress meant to encompass those motions within AEDPA’s definition of “second or successive.” Unlike Rule 60(b) motions, which seek to reopen adverse judgments after the appellate process has concluded, Rule 59(e) motions must be filed before the first appeal, so they do not provide the same opportunity “to circumvent AEDPA’s restrictions.” Justice Samuel Alito repeatedly questioned Burgess on whether his argument was consistent with AEDPA—and its broader goal of accelerating habeas review. But Burgess responded effectively that unlike much of the statute, the “second-or-successive” language was intended, as the Supreme Court has previously observed, to incorporate—rather than depart from—historical practice. As long as a petitioner timely files a proper Rule 59(e) motion, Burgess argued, it should be understood as part and parcel of the district-court proceeding that produced the judgment it seeks to amend.

Arguing on behalf of respondent Lorie Davis, the director of the Correctional Institutions Division of the Texas Department of Criminal Justice, Texas Solicitor General Kyle Hawkins returned to a theme of the respondent’s brief—that the rule for which Banister was arguing would slow down post-conviction litigation, in contravention of Congress’ goal in AEDPA. But he received significant pushback not just from Justices Ruth Bader Ginsburg, Stephen Breyer, Sonia Sotomayor and Elena Kagan but also from Gorsuch and Kavanaugh. Returning to the historical point on which Burgess had relied, Gorsuch invoked an amicus brief from a group of law professors explaining that “the difference between [Rules] 60 and 59 is a dichotomy that’s pretty ancient and that trial courts have since time out of mind, I guess, had the authority to amend their judgments to correct errors, not just clerical ones but other significant ones that they wished to, so long as the court’s in session.” And a few minutes later, Kavanaugh jumped in, noting that “the pre-AEDPA practice was to treat 59 and 60 differently. So you would expect some clear indication, I think, from Congress if they were going to upend that long-standing practice in repeating the ‘second or successive’ language.” Although Hawkins ably attempted to shift the focus back to AEDPA, it was not clear that he succeeded in convincing either of the two newest justices that Congress meant to collapse the historical distinction in 1996.

Arguing on behalf of the United States as amicus curiae in support of Davis, Assistant to the Solicitor General Benjamin Snyder did not seem to fare much better—with the very first question after his opening coming from Kavanaugh (followed shortly thereafter by a question from Gorsuch). Although Snyder attempted to portray Banister’s argument as one that would create uncertainty in the lower courts over which Rule 59(e) motions would and would not be covered by Banister’s position, Kavanaugh and Kagan both pointed out ways in which comparable uncertainty could arise under the government’s view, as well. Indeed, by the end of Hawkins’ and Snyder’s argument, the only matter in dispute seemed to be the exact grounds on which the court would ultimately rule for Banister. When Burgess rose for his rebuttal, he received zero questions from the justices.

Editor’s note: Analysis based on transcript of oral argument.

The post Argument analysis: Justices seem likely to side with Texas prisoner in important habeas case appeared first on SCOTUSblog.