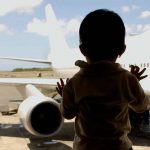 Under the Hague Convention on the Civil Aspects of International Child Abduction, a child who is wrongfully removed from her country of “habitual residence” must be returned to that country. By requiring the child’s return, so that the courts in the country of “habitual residence” can make any decisions about custody, the convention aims to deter parents from abducting their children to another country, particularly if the parents believe that they will fare better in the courts in the new country. This “automatic return” rule means that a U.S. court reviewing a case brought under the Hague Convention must make a critical determination, on which the outcome of the proceeding often hinges: Where is the child’s habitual residence? Next week, the Supreme Court will consider two questions related to the determination of habitual residence. First, what standard should a federal appeals court use to review a district court’s determination? And when determining the habitual residence of an infant, who is too young to know where she is or otherwise acclimate to her surroundings, should courts require an agreement between the parents about where they will raise their child? The Supreme Court will consider these questions next week.

Michelle Monasky, the petitioner in the case, is an American citizen. Monasky married Domenico Taglieri, an Italian citizen, in Illinois in 2011. In 2013, the couple moved to Italy. They lived first in Milan, where Taglieri worked as an anesthesiologist and Monasky worked as a microbiologist. But Monasky has testified that, beginning in 2014, she was the victim of domestic violence. When Taglieri took a job in Lugo, Italy, Monasky – who by then was pregnant with A.M.T., the child at the center of this case – stayed behind at her job at a hospital in Milan, a few hours away.

As A.M.T.’s birth neared, Monasky began to look into health care and child care back in the United States, as well as U.S. divorce lawyers. A.M.T. was born in February 2015 in a hospital in Milan. Soon after that, Monasky told Taglieri that she wanted a divorce, and that she wanted to return to the United States, but a few days later Monasky and the baby went to Lugo to stay with Taglieri, and the couple applied for both Italian and U.S. passports for A.M.T.

After another argument with Taglieri in late March, Monasky took the baby to a police station, where she told police that Taglieri was abusive. Monasky and A.M.T. stayed in a domestic-violence safe house for two weeks before leaving for Ohio, where they stayed in the home of Monasky’s parents.

While Monasky’s appeals were pending, A.M.T. – who was then two years old – was required to return to Italy. A panel of the U.S. Court of Appeals for the 6th Circuit upheld the district court’s ruling, and – by a vote of 10-8 – the full 6th Circuit affirmed. It looked only at whether the lower court’s conclusion was obviously wrong, and it concluded that – to the contrary – the district court’s opinion was “thorough, carefully reasoned, and unmarked by any undue shading of the testimony provided by the competing witnesses.” The court of appeals also rejected Monasky’s argument that Italy was not the baby’s habitual residence because the couple had never agreed on where their daughter would live. Monasky asked the justices to review the 6th Circuit’s ruling, which they agreed to do earlier this year.

Monasky emphasizes that the Hague Convention’s “automatic return” rule is intended to promote a child’s sense of stability, by requiring that a child who is abducted be sent back to her habitual residence. But sending A.M.T. back to Italy had the opposite effect, Monasky suggests: A.M.T. didn’t have any stability in Italy, where she stayed in six different places over eight weeks, other than the stability Monasky herself provided.

Monasky argues that although the underlying facts that were part of the district court’s determination should be reviewed under the “clear error” standard, the court of appeals should not give any deference to the district court’s determination of a child’s habitual residence. Instead, she contends, the court of appeals should review that determination “de novo” – that is, from the beginning, looking at the facts and drawing its own conclusions.

According to Monasky, the decision whether to use a deferential standard of review or a stricter one involves a three-pronged test, each of which points toward stricter “de novo” review. The initial question, she observes, is whether anything in the statute itself answers the standard-of-review question. In this case, she writes, Congress emphasized the importance of having the convention interpreted consistently throughout the United States and the world. Only a “de novo” test, Monasky declares, will result in that uniform interpretation, because it will allow U.S. courts to “harmonize their analyses of their Hague Convention with other courts’ Hague Convention opinions” – particularly because the convention does not define the term “habitual residence.”

A second factor in determining a standard of review, Monasky argues, is whether there is a “long history of appellate practice” using a particular test. Here, she says, the federal courts of appeals have consistently used “de novo” review in appeals of habitual-residence determinations. When two courts of appeals eventually opted to use a more deferential standard, they did so, she notes, “without any explanation or citation to any authority.”

The third and final factor – whether a trial court or a court of appeals is suited to resolve an issue – also weighs in favor of the court of appeals applying “de novo” review. Determining a child’s habitual residence is not a purely factual question. Instead, courts have to consider the facts of a case in the context of the goals that the convention seeks to promote. “De novo review is necessary to ensure that those values are given appropriate weight on a consistent, predictable basis in Hague Convention cases.” Moreover, Monasky adds, because the question of a child’s habitual residence is so “enormously consequential,” “appellate courts should guard against” getting the answer wrong, by using “de novo” review.

Turning to the question of whether a court can find a “shared parental intent” to raise a child in a particular country when the parents did not agree on where their child should grow up, Monasky urges the justices to reject the 6th Circuit’s ruling outright because, in her view, it makes no sense. It is “entirely unclear,” she writes, “how parents can share an intent to raise a child in a specific country where there is no agreement between the parents on where the child will be raised.”

But even beyond that, Monasky continues, the phrase “habitual residence” requires “a degree of settled purpose and continuity” that can only result from an actual agreement between the parents to raise their infant somewhere. The 6th Circuit’s contrary conclusion would make the word “habitual” irrelevant, Monasky suggests, because there would be no way to ensure that an infant’s presence in a country was sufficiently settled to be “habitual.” And an “actual agreement” requirement would make a court’s job easier – and therefore speed up resolution of petitions for return – by simplifying the inquiry: All that the court would need to determine is whether the parents agreed that their infant would be raised in a particular country.

Monasky contends that a rule requiring an actual agreement between the parents “is especially important to protect children who are born into domestic violence.” Otherwise, she writes, an abusive parent may be able to establish a child’s habitual residence by coercing the abused parent either to move to a particular country or to stay there with the child despite domestic violence.

But even if the justices ultimately conclude that an actual agreement between the parents is not required, Monasky adds, they should still reverse the 6th Circuit’s decision and require A.M.T. to return to the United States, because it is obvious that “Monasky and Taglieri did not share an intent to raise A.M.T. in Italy”: As the district court found, Monasky wanted to leave Taglieri, who was abusive, and Italy as soon as possible after the baby’s birth, which is exactly what she did once the baby’s passport arrived.

Monasky’s suggestion that a country can only be a baby’s habitual residence if the parents actually agreed to raise the child there is inconsistent with the holistic approach that the drafters wanted, Taglieri argues. Taglieri acknowledges that each parent’s intent is relevant, but he stresses that it is only one factor among many. Indeed, he posits, if a child’s habitual residence were to hinge on whether her parents agreed on where she should grow up, many children would not have a habitual residence at all: When the relationship between two parents has deteriorated so much that one parent feels she has no other choice than to abduct her child, Taglieri observes, there is a good chance that the parents may not have reached a consensus on where to raise the child.

Because the district court’s decision about a child’s habitual residence is so fact-specific, Taglieri contends, it is exactly the kind of determination that the Supreme Court’s cases indicate should be reviewed only for “clear error.” Such a standard is not only consistent with the highly deferential standard that other countries use, but it also promotes the convention’s goal of ensuring that the child is promptly returned to her habitual residence, because the parent who loses in the district court will be less likely to appeal if she knows that the court of appeals is unlikely to overturn the verdict against her.

Taglieri pushes back against the argument that requiring an actual agreement between parents would help to protect children in homes with domestic violence. First, he emphasizes, another provision of the convention explicitly addresses the problem of domestic violence, indicating that courts do not need to order a child’s return to her country of habitual residence if there is a “grave risk” that her return would “expose the child to physical or psychological harm or otherwise place the child in an intolerable situation.” In this case, Taglieri notes, the district court found, and the 6th Circuit affirmed, that Monasky had not made the showing required by this provision. Moreover, he continues, the “habitual residence” inquiry simply determines which country’s courts will resolve any additional custody proceedings; those courts can consider domestic-violence issues in such proceedings.

Stressing that his daughter returned to Italy three years ago, Taglieri urges the justices to affirm the 6th Circuit’s ruling “and end this case—allowing the Italian courts to address custody issues free from any cloud over the validity of their proceedings.” However, the federal government, which filed a “friend of the court” brief, takes a different approach. The government agrees with Taglieri that an actual agreement between the parents about where to raise their baby is not required for a determination of habitual residence, and that a district court’s determination of habitual residence should only be reviewed for clear error. But the government nonetheless encourages the justices to send the case back to the lower court so that the district court can consider all the facts surrounding A.M.T.’s residence – not only her parents’ intent, but also any other facts that might be relevant to the determination.