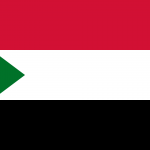 In August 1998, truck bombs exploded outside the U.S. embassies in Tanzania and Kenya, killing more than 200 people and leaving more than a thousand others injured. Next week the Supreme Court will hear oral argument in a lawsuit brought by the victims and their family members against Sudan, seeking to recover damages for that country’s support of al Qaeda, which carried out the bombings. A federal district court in Washington, D.C., awarded the plaintiffs billions of dollars, but the U.S. Court of Appeals for the District of Columbia Circuit threw out nearly half of that award, holding that the plaintiffs cannot recover punitive damages because Congress did not authorize such damages until 2008, 10 years after the bombings. Now the justices will decide whether the D.C. Circuit’s ruling can stand.

In 2008, Congress amended the FSIA to make clear both that victims of terrorism have a right to sue a state sponsor of terrorism in federal court under the FSIA and that the plaintiffs can seek punitive damages, which are otherwise prohibited under the FSIA. The 2008 amendments also included a provision that outlined how the changes would apply to lawsuits based on events that occurred before 2008. One subsection of that provision, Section 1083(c)(2), allows plaintiffs to convert or refile under the new terrorism exception cases that had previously lacked a cause of action; the second subsection, Section 1083(c)(3), allows plaintiffs to bring lawsuits under the terrorism exception that are “related” to lawsuits that have already been filed.

The plaintiffs in the case now before the Supreme Court are mostly foreign employees and contractors who were victims of the embassy attacks, as well as their family members. In July 2012, they filed their lawsuits against Sudan, which has been a designated state sponsor of terrorism since 1993, claiming that their suits were “related” to earlier FSIA lawsuits that had been filed against Sudan alleging that Sudan provided a “safe harbor” for al Qaeda.

By 2014, the district court had entered default judgments worth billions of dollars – including both compensatory and punitive damages – in all the cases against Sudan. Sudan asked the district court to withdraw the judgments, but the court declined to do so. Sudan then went to the D.C. Circuit, which agreed with the plaintiffs that Sudan was liable but ruled that the FSIA’s terrorism exception does not allow an award of punitive damages for conduct that occurred before the current version was passed in 2008. The plaintiffs appealed to the Supreme Court, which first asked the federal government for its views on the punitive damages question. After the federal government told the justices that the D.C. Circuit’s decision was wrong and that they should weigh in on the question, the justices agreed to do so last year.

In their brief in the Supreme Court, the plaintiffs argue that, when dealing with suits brought under the FSIA, courts should apply the current version of the law unless Congress has provided otherwise, which it did not. Here, they say, that means that punitive damages are available even though the embassy bombings happened in 1998 and Congress did not amend the FSIA to allow punitive damages in cases brought under the terrorism exception until 2008. That conclusion follows directly, the plaintiffs say, from the Supreme Court’s 2004 decision in Republic of Austria v. Altmann, a case brought under the FSIA for the return of paintings stolen by the Nazis. In Altmann, the plaintiffs stress, the justices rejected the idea that the general presumption against laws applying retroactively, outlined in Landgraf v. USI Film Products, should apply to the FSIA. Instead, the court ruled, the FSIA should apply retroactively to claims that arise from events that happened before the FSIA was enacted.

The plaintiffs explain that the concerns about notice and fairness that are at the heart of the presumption against retroactivity don’t apply to foreign sovereign immunity, because there is no expectation that foreign countries will be able to rely on the fact that they will be immune from lawsuits when they decide what to do. Foreign sovereign immunity is not required by the Constitution, they note; instead, it is a courtesy extended by the United States to other countries. And in Altmann, the Supreme Court ruled that courts should defer to judgments by the executive branch and Congress about when that courtesy should be extended.

The federal government filed a “friend of the court” brief supporting the plaintiffs. The government acknowledges that this case presents the “paradigmatic circumstance” in which the court’s decision in Landgraf applies, so that punitive damages will not be available for pre-2008 conduct unless Congress’ intent to do so is clear. But here, the government maintains, Congress did make clear that it wanted the 2008 amendments to apply retroactively. In Section 1083 of the amendments, dealing with the application of the amendments to lawsuits based on conduct that occurred before the amendments were enacted, Congress indicated that such lawsuits would be governed by Section 1605A, which specifically includes punitive damages.

The history of the 2008 amendments also supports the idea of punitive damages for preenactment conduct, the government adds. President George W. Bush vetoed an earlier version of the bill because it would have allowed punitive damages against the Iraqi government for the conduct of Saddam Hussein’s regime; the version that was eventually enacted included a presidential waiver provision to address this concern.

In its brief on the merits, Sudan denies having provided support to al Qaeda and expresses sympathy for the victims. But it emphasizes that the Supreme Court has “apparently” never allowed a statute authorizing punitive damages to be applied retroactively “in any context, let alone in an action against a foreign state under the FSIA.”

Sudan rejects the plaintiffs’ efforts to rely on Altmann, reasoning that the earlier case dealt with whether courts had the power to review the case at all. The Supreme Court, Sudan suggests, did not address whether “the FSIA created or modified any cause of action as is the case here.”

A decision is expected in the case by summer.