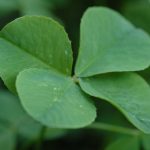 Next week the justices will hear oral argument in Lucky Brand Dungarees, Inc. v. Marcel Fashion Group, Inc., a trademark dispute over whether federal preclusion principles can bar a defendant from raising arguments that were not actually litigated and resolved in a prior case between the parties. The Supreme Court’s answer to this question, of course, will have an important impact on the parties, which have been battling over their “Lucky” trademarks for almost two decades now. But, depending on

how the justices rule, the decision also could have a much broader effect on how all civil disputes are litigated going forward.

Lucky Brand Dungarees and Marcel Fashion Group are competitors in the apparel business that both own various trademarks related to the term “Lucky.” Litigation between the parties began in 2001 when Marcel sued Lucky Brand for infringing its “Get Lucky” trademark. The 2001 action ended in a settlement under which Lucky Brand agreed to stop using the “Get Lucky” mark and Marcel agreed to release certain claims. What exactly the release covers, however, is in dispute. Marcel contends that it only applies to claims in which the infringement occurred before the execution of the release, while Lucky Brand argues that it releases any claims related to any trademark registered before the execution of the release.

The second lawsuit between the parties was filed in 2005, when Lucky Brand sued Marcel based on a license Marcel had issued for use of its “Get Lucky” mark. Marcel responded with counterclaims for trademark infringement and asserted that Lucky Brand had violated the settlement agreement. Lucky Brand then moved to dismiss, arguing, among other things, that the release covered Marcel’s counterclaims. The district court denied the motion to dismiss as premature, and Lucky Brand raised the release as an affirmative defense in its answer. For whatever reason, Lucky Brand never raised the release defense again in the 2005 action. That case ultimately proceeded to trial, the jury rendered a verdict in favor of Marcel on its counterclaim, and the court entered an injunction against Lucky Brand. Lucky Brand did not appeal the judgment in the 2005 action.

Marcel then filed the current suit in 2011, claiming that Lucky Brand’s continued use of certain trademarks violated the injunction entered in the 2005 action. Lucky Brand did not raise the release as a defense in its answer to the initial complaint or when it filed its initial summary judgment motion. Instead, Lucky Brand moved for summary judgment on the ground that Marcel’s claims were barred by claim preclusion, a form of the legal doctrine known as res judicata that prevents relitigation between two parties of claims that were or could have been resolved in a prior lawsuit. The district court agreed, only to be reversed and remanded on appeal by the U.S. Court of Appeals for the 2nd Circuit. The 2nd Circuit reasoned that the alleged infringement at issue occurred after judgment in the 2005 action was entered, and so Marcel could not have raised these claims earlier.

On remand, Marcel filed an amended complaint and Lucky Brand moved to dismiss, arguing that Marcel’s claims were barred by the release. The district court agreed and ruled in favor of Lucky Brand. The court rejected Marcel’s argument that res judicata principles precluded Lucky Brand from raising the release as a defense. The 2nd Circuit reversed, holding that claim-preclusion principles apply to defenses, and that Lucky Brand was precluded from raising the release because that defense could have been adjudicated in the 2005 action. It is this decision by the 2nd Circuit that the justices have decided to review.

Res judicata encompasses both issue preclusion and claim preclusion—doctrines intended to protect the finality of judgments, encourage reliance on judicial decisions, discourage repetitive lawsuits and preserve judicial resources. As the Supreme Court explained in B&B Hardware, Inc. v. Hargis Indus., Inc.—another trademark case decided in 2015—issue preclusion prevents the relitigation of an issue of fact or law when that issue was actually litigated, was determined by a valid and final judgment and was essential to the judgment. Here, the scope of the release was not actually litigated in the 2005 action, so issue preclusion does not apply. That leaves claim preclusion, which, as a general matter, prevents a party from re-litigating the same claim, between the same parties, when the earlier action resulted in an adjudication on the merits. There is no question that the current lawsuit is between the same parties and that the 2005 action was adjudicated on the merits. The question the justices must decide, therefore, is whether the release defense satisfies the “same claim” requirement, as the 2nd Circuit held.

The parties appear to agree on the test for deciding whether a claim is the “same” for preclusion purposes: It depends on whether the claim arises from the same transaction or series of transactions as the claims in the earlier lawsuit. But they disagree on how that test applies to the facts of this particular case. Relying on Davis v. Brown, Lucky Brand argues that the claims are not the same because the claims in the current action concern infringement that occurred after the 2005 action had concluded. Marcel, on the other hand, contends that the claims arise from the same “series of transactions” because Lucky Brand’s current infringement is simply a continuation of the wrongful conduct it engaged in previously.

The more significant question in this case, however, is whether claim preclusion should apply to defenses at all. Although the 2nd Circuit is not the first court to recognize so-called “defense preclusion,” this case puts the issue squarely before the Supreme Court. On that point, both parties advance public-policy arguments. In Lucky Brand’s view, the 2nd Circuit’s decision undermines the very purpose of preclusion doctrines—namely, to promote efficiency and preserve judicial resources. To avoid defense preclusion, defendants will not only have to raise all possible defenses but will have to litigate them to final judgment. This will substantially raise the cost of litigation, discourage defendants from streamlining cases and further clog the dockets of courts that are already far too busy. What is more, Lucky Brand argues, defense preclusion is particularly problematic in trademark cases, in which the strength of defenses often waxes and wanes over time.

On the flip side, Marcel urges the justices to embrace defense preclusion because it promotes the same policies as “ordinary” claim preclusion. For one, defense preclusion forces parties like Lucky Brand to ask the court to resolve potential defenses at the earliest opportunity, thereby avoiding wasteful repeat lawsuits such as the ones in this case. In addition, defense preclusion furthers important policies like finality of judgments by preventing parties from casting doubt on previous decisions with new defenses that could, and should, have been adjudicated earlier. Marcel also claims that defense preclusion will be invoked only in rare cases like this one, in which the plaintiff is not claim precluded because the claims accrued after the first lawsuit, but the defendant is precluded because the defense could have been raised earlier. Finally, but perhaps most importantly, Marcel emphasizes that defense preclusion—or at least the 2nd Circuit’s iteration of the doctrine—is discretionary and flexible. In other words, courts should consider all the circumstances, including whether applying defense preclusion would be particularly unfair in a given case.

To date, this case has garnered surprisingly little attention, with no amicus briefs filed at either the certiorari or merits stage. But if the court affirms the decision below, the availability of defense preclusion could affect the way all civil cases—not just trademark disputes—are litigated from now on.