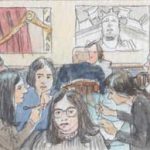 This afternoon the Supreme Court issued orders from the justices’ private conference earlier in the day. The justices added just one new case to their merits docket for the term: Carney v. Adams, a challenge to the constitutionality of a Delaware law that limits the number of judges affiliated with a particular political party to a “bare majority.” The plaintiff in the case, James Adams, is a retired lawyer who contends that the requirement violates his First Amendment right to be considered for public office without regard to his political affiliation. The justices also instructed the parties to address a threshold question: whether Adams has a legal right to sue at all.

The case is likely to be argued in the spring, with a decision by summer.

The post Justices grant one new case for spring appeared first on SCOTUSblog.