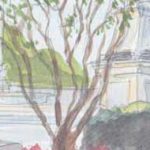 This week we highlight petitions pending before the Supreme Court that address, among other things, whether district courts have inherent authority to release grand jury materials in extraordinary circumstances, as in the case of a researcher investigating the 1956 Galíndez affair, and whether Congress intended a statute giving a competitive-bidding preference to providers owned and controlled by veterans to trump the Javits-Wagner-O’Day Act, which directs the government to acquire certain goods and services from nonprofit entities that employ blind and severely disabled individuals.

The petitions of the week are below the jump:

McKeever v. Barr
19-307
Issue: Whether district courts have inherent authority to release grand jury materials in extraordinary circumstances, such as when the case is historically significant and the public interest strongly favors disclosure.

Ekhlassi v. National Lloyds Insurance Company
19-312
Issue: Whether the provision under Section 4072 of the National Flood Insurance Act of 1968 of “exclusive” federal jurisdiction applies to suits against private insurers.

Winston-Salem Industries for the Blind v. PDS Consultants Inc.
19-329
Issues: (1) Whether the Tucker Act’s grant of bid-protest jurisdiction to the Court of Federal Claims extends to suits that challenge the lawfulness of a federal agency’s acquisition policies and practices, and their underlying statutory foundation, outside the context of a specific solicitation regarding, or the award of, a government contract; and (2) whether Congress intended 38 U.S.C. § 8127(d)’s competitive-bidding preference for providers owned and controlled by veterans to trump the mandatory requirements of the Javits-Wagner-O’Day Act, which directs the federal government to acquire certain goods and services exclusively from nonprofit entities that employ blind and severely disabled individuals, that dictate that agencies must acquire goods and services in the first instance using the AbilityOne Procurement List.

Sequoia Capital Operations, LLC v. Gingras
19-331
Issue: Whether, when an arbitration agreement contains a separate “delegation provision” that reserves for an arbitrator the authority to decide any disputes concerning arbitrability, Section 2 of the Federal Arbitration Act requires a court to decide any challenge to that provision’s validity before the court may proceed to address whether the parties’ underlying dispute is arbitrable.

Regents of the University of Minnesota v. LSI Corporation
19-337
Disclosure: Goldstein & Russell, P.C., whose attorneys contribute to this blog in various capacities, is among the counsel to the petitioner in this case. This listing occurs without regard to the likelihood that certiorari will be granted.
Issue: Whether the inter partes review proceedings brought by private respondents against the University of Minnesota in this case are barred by sovereign immunity.