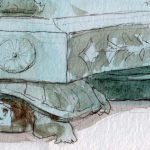 This week we highlight petitions pending before the Supreme Court that address, among other things, the availability of joint and several forfeiture under 18 U.S.C. § 981(a)(1)(C), whether the Lanham Act prohibits registering as a trademark an otherwise generic term when a generic top-level domain (“.com”) is added to it, and whether an ordinance prohibiting being topless in public classifies on the basis of gender.

Issue: Whether 18 U.S.C. § 981(a)(1)(C) authorizes forfeiture imposed jointly and severally among co-conspirators, as the U.S. Courts of Appeals for the 6th and 8th Circuits have held, or whether such joint and several liability is foreclosed under the reasoning of Honeycutt v. United States, as the U.S. Court of Appeals for the 3rd Circuit has held.

Issue: Whether, when the Lanham Act states generic terms may not be registered as trademarks, the addition by an online business of a generic top-level domain (“.com”) to an otherwise generic term can create a protectable trademark.

Issue: Whether appellate jurisdiction over Walker Process claims lies in the regional circuits, or in the U.S. Court of Appeals for the Federal Circuit.

Issues: (1) Whether an ordinance expressly punishing only women, but not men, for identical conduct—being topless in public—classifies on the basis of gender; and (2) whether an ordinance criminalizing exposure of “the female breast,” under which only women are prosecuted for public exposure of their areolas, violates the 14th Amendment’s equal protection clause.