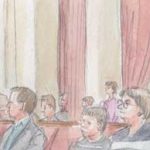 The court should answer “no” and uphold the decision of the Montana Supreme Court to invalidate a tax-credit program under the state constitution. That program, while limited in scope, overwhelmingly would have benefited — and may have had the unstated (read: not openly stated) purpose of benefiting — religious private schools. The likelihood is, however, that the court will answer “yes,” and overturn the Montana Supreme Court’s decision. There are several reasons why this would be a mistake.

There is a significant difference between holding that a state may fund tax credits or provide other aid to those attending religious private schools and holding that a state must fund these programs even when doing so conflicts with a state constitution. In Locke v. Davey, a case in which the Supreme Court ruled that a Washington state scholarship program that excluded students pursuing devotional degrees did not violate the First Amendment, the court held that there is “play in the joints” between state constitutional concerns about promoting religion and the U.S. Constitution’s free exercise clause. However, Locke predated the Supreme Court’s decision in Trinity Lutheran, and the holding in Locke can be read as limited given the facts of that case.

The state should win in Espinoza, not because the “play in the joints” concept has a clear scope, but rather because that concept reflects a broader interest in balancing federalism concerns with federal free exercise concerns when state law imposes nondiscriminatory limitations on funding for religious education. The petitioners in Espinoza would likely object that this assumes that the Montana constitution’s limitation on funding for religious education is nondiscriminatory. After all, one of their main assertions is that the result and reasoning of the Montana Supreme Court decision discriminates against religion.

The key to this issue is how one reads the interaction between Locke and Trinity Lutheran in light of the realities of private education in most parts of the U.S. Will the court impose its increasingly broad reading of discrimination under the free exercise clause on state education funding and on state constitutional limits on using tax dollars to support religious education? Or will the court decide that states can enforce their constitutional interest in not promoting religious education with taxpayer dollars?

I support the holding in Trinity Lutheran under the facts of that case, and have argued strenuously that it is possible to balance strong free exercise rights with other fundamental rights. Yet applying Trinity Lutheran to tax-credit, voucher or other school funding programs would undermine state autonomy and cause structural discrimination against religious minorities and dissenters. Those groups often can attend neither lower-cost religious private schools, which often proselytize, nor nonsectarian private schools, which often are more expensive or simply don’t exist in many locations.

Significantly, Trinity Lutheran left room for a ruling for the state in this case. Trinity Lutheran contains a footnote suggesting the case can be read consistently with Locke in situations involving school funding. Footnote 3 reads:

This case involves express discrimination based on religious identity with respect to playground resurfacing. We do not address religious uses of funding or other forms of discrimination.

Footnote 3 was the only part of the opinion in Trinity Lutheran not joined by Justices Neil Gorsuch and Clarence Thomas, and therefore it only commanded a plurality of justices. The substantive limitation suggested in the note, however, would also likely be supported by Justice Stephen Breyer who concurred in the judgment, and Justices Ruth Bader Ginsburg and Sonia Sotomayor who dissented. On its face, footnote 3 seems to limit Trinity Lutheran to situations in which the funding does not support programs that have any sort of direct religious content. Yet the impact of footnote 3 on the broader holding in Trinity Lutheran is unclear. Trinity Lutheran clearly prevents states from excluding religious entities from “public benefit” programs based solely on the fact that the entities are religious. The most logical reading of footnote 3 is that it creates an exception when the “public benefit” program at issue is an education tax-credit or voucher program that would primarily benefit religious schools.

This case involves just such a system. Of course, application of the Trinity Lutheran doctrine to the tax credits at issue here has significant implications for larger tax credits and for vouchers. Simply put, if vouchers to religious schools must be funded when a state program allows vouchers for nonreligious private schools — and, make no mistake, Espinoza is being carefully watched by voucher advocates — the result would be a different sort of structural discrimination.

Finally, the Montana Supreme Court’s decision does not violate the First Amendment even under a broad reading of Trinity Lutheran. The Montana Supreme Court held that the entire tax-credit program, whether applied to religious or nonreligious private schools, violated the state constitution. The Espinoza petitioners argued in their petition for certiorari, and will certainly argue on the merits, that the Montana Supreme Court reached that result solely because the funding could have gone to religious entities. Yet, as Justice Antonin Scalia pointed out in his Locke dissent, and as the Locke majority would surely have agreed, one way to avoid discrimination in violation of the free exercise clause is not to provide any public funding for private education, whether religious or not. That is the result of the Montana Supreme Court’s decision, and there is no evidence in the decision of religious animus of the sort the court found problematic in Masterpiece Cakeshop v. Colorado Civil Rights Commission.

Although the Montana Supreme Court’s ruling is consistent with Supreme Court precedent, including Trinity Lutheran, the Supreme Court is likely to overturn it. Trinity Lutheran is the second installment in a line of cases stemming from Church of Lukumi Babalu Aye v. City of Hialeah and leading to Masterpiece Cakeshop. Lukumi Babalu Aye explained that laws that are not generally applicable or neutral toward a religion — that is, laws that discriminate against a religion — are subject to strict scrutiny.

The expansion of the nondiscrimination principle in Trinity Lutheran and the questionable finding of discrimination against the bakery in Masterpiece Cakeshop suggest that the court will continue to expand the Trinity Lutheran reasoning in Espinoza. It is likely that the court will find that the Montana Supreme Court’s application of Article X, Section 6, of the Montana Constitution to the tax-credit program was discriminatory because it was based specifically on a desire not to fund religious education, even if the result of the decision was to prohibit tax credits for all private education, religious or not.

The court might also find that the tax-credit system at issue in the case did not directly benefit religion. The program was complex, and the court might attribute the disproportionate benefit it was likely to provide to religious education to the choices of the people receiving the tax credits. This argument could be used to minimize state concerns about promoting religious education when measuring the “play in the joints” with federal free exercise concerns.

The post Symposium: Espinoza v. Montana Department of Revenue: The battle between may fund and must fund appeared first on SCOTUSblog.