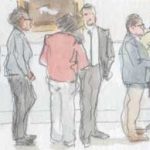 A little over two years ago, concurring in Trinity Lutheran Church of Columbia, Inc. v. Comer, Justice Neil Gorsuch insisted – quoting the late Chief Justice William Rehnquist – that “our cases are ‘governed by general principles, rather than ad hoc improvisations.’” A case on the Supreme Court’s docket this term, Espinoza v. Montana Department of Revenue, will – among other things – put this claim to the test.

The question presented by the petitioners is one that many school-choice advocates and church-state scholars (including this author) have been pressing, with limited success, in litigation and academic writing for at least two decades: whether it violates the First Amendment “to invalidate a generally available and religiously neutral student-aid program simply because the program affords students the choice of attending religious schools.” It does, and the justices should so rule.

The Montana Supreme Court ruled that the no-aid provision of that state’s constitution – Article X, Section 6 – does not permit needy families that choose religious schools to participate in an otherwise available tax-credit scholarship program created by the Montana legislature. The legislature’s program does not discriminate against otherwise qualified religious schools and the children who attend them. The Montana Supreme Court held that this feature rendered the legislature’s program unconstitutional under the Montana Constitution’s prohibition against using public funds, directly or indirectly, to aid religious educational institutions. Whatever the First Amendment’s religion clauses were understood to require when they were ratified in 1791, this state-mandated religion-based penalty runs afoul of the Supreme Court’s relevant precedents and doctrine.

In Trinity Lutheran, the Supreme Court by a 7-2 vote rejected the argument that Missouri’s similar no-aid rule justified banning a Lutheran preschool from a program that distributes playground-surfacing material made from recycled tires. As Chief Justice John Roberts wrote, a policy that “expressly discriminates against otherwise eligible recipients by disqualifying them from a public benefit solely because of their religious character … triggers the most exacting scrutiny.” And a state’s mere “policy preference for skating as far as possible from religious establishment concerns” – that is, for a stricter no-aid-to-religion regime than the First Amendment requires – will not satisfy such review.

The Montana court barely acknowledged the existence of Trinity Lutheran – it was mentioned only once, in an odd concurring opinion – and it did precisely what that case, correctly understood, forbids: It gave legal effect to a state law that without sufficient reason requires discrimination on the basis of religion. Given the “general principles” that controlled and were applied in Trinity Lutheran, and that control and should be applied in Espinoza, the Montana decision should be reversed.

There is, however, a wrinkle. In a cryptic and much-discussed footnote that prompted Gorsuch’s observation about “ad hoc improvisations,” Roberts noted that the case involved anti-religious discrimination “with respect to playground resurfacing” and not “religious uses of funding or other forms of discrimination.” But, of course, cases and controversies in the Supreme Court regularly call for the application of “general principles” to particular circumstances, and the legal world is not constructed or invented anew whenever analogous, if different, circumstances arise. In any event, the Trinity Lutheran footnote made it inevitable, given the policies and politics of education reform, that a school-aid case like Espinoza would come along, and it seems very likely that the other no-discrimination shoe will now, as it should, drop.

A question running through the briefing in and commentary on Espinoza is whether the Supreme Court should consider the history, context and purposes – or just the content, form and effects – of Montana’s no-aid provision. Article X, Section 6, is Montana’s “baby Blaine” amendment – named for the proposal introduced in 1875 by Senator James G. Blaine (the “continental liar from the state of Maine”), who was hoping to benefit politically from the virulent anti-Catholicism of his time to amend the U.S. Constitution to ban all aid to or support for “sectarian” (which meant Roman Catholic) schools. Blaine’s proposal failed, but its progeny flourished, and its no-aid aims were, over the years, constitutionalized in various forms in nearly 40 states. In fact, Montana was required by Congress, in the relevant Enabling Act, to incorporate Blaine-like discrimination into its fundamental law. And that state recommitted itself to the no-aid rule, notwithstanding what a plurality of the Supreme Court acknowledged as the Blaine amendments’ “shameful pedigree,” when it adopted a new constitution in 1972.

It is clear that the original Blaine amendment and its state-level analogues were animated and propelled by anti-Catholicism and had the purposes of marginalizing Catholic institutions, clergy and adherents and facilitating the Americanization of Catholic immigrants and citizens. The fact that many of these provisions’ supporters and enactors had multiple, overlapping motives and aims – secularization and separationism, nationalism and nativism – doesn’t erase and shouldn’t obscure the fact that these laws were, in the language of contemporary cases, substantially driven by “animus” toward, and a “bare desire to harm,” Roman Catholics.

So what? Does or should it matter, to a court in 2019 that has taken up the legal question whether the U.S. Constitution permits a state to exclude religious schools, as such, from a tax-credit program for which they are otherwise qualified, that the exclusion was required by a state constitutional provision with a mean-spirited, anti-Catholic “origin story”?

As noted earlier, in a number of cases and contexts over the last two decades, many education-reform litigators and some First Amendment scholars (including this author) have argued that states’ strict-separationist anti-aid amendments are unconstitutional not only because of what they do but also because of why they were enacted. It could be, though, that this argument is not the best way forward for the Supreme Court, or for our political community.

To be sure, anti-Catholicism was, is and has been from the beginning real in the United States, and it has long skewed constitutional doctrines and public debates about school funding and education policy. Still, it increasingly seems unhelpful – and, indeed, unhealthy – to construct and apply judicial doctrines that invite mind-reading for malice and that make the legality of legislative, executive or other official acts depend less on the harms they cause than on the motives, or even the character, ascribed to their supporters.

Our political and legal climate and discourse are not well served by a hyper-driven hermeneutic of suspicion, and perhaps the court could help by, in this and other contexts, moving to judicial tests that do not incentivize accusations of bad faith or reductionist accounts of others’ aims. It is appropriate, of course, to take judicial notice of historical facts. Indeed, some cases are probably better decided with deferential reliance on tradition and longstanding practice than by application of clear-cut rules and tests. Here, though, a straightforward application of what Gorsuch called the “general principle[]” that discrimination against religion, as such, is not permitted by the free exercise clause unless it is required by the establishment clause is the court’s best bet.

Everybody knew, cagey footnotes to the contrary, that Trinity Lutheran was not really about recycled tires and safe playgrounds and was instead about vouchers, tax credits and scholarships for families who want to send their children to qualified, religiously affiliated schools. The Institute for Justice and the National Education Association – and many others – filed amicus briefs; Goodyear and Playcore did not. Trinity Lutheran, like Espinoza, was about pluralism, opportunity and fairness in education. School-choice programs are growing and expanding across the country, but broadly interpreted Blaine amendments often deter or block reform.

There is no reason, in an appropriately liberal constitutional democracy, to insist that children be educated by state employees in state institutions. “Public education,” correctly understood, is the education of the public, and everyone knows (even if some regret) that education is provided very well, particularly to underprivileged children, in non-state schools with vibrant religious missions. Contrary to what Blaine-amendment-supporting nativists in the 19th century and some anti-private-school Jacobins in the 21st believe, religious schools, generally speaking, succeed not only in transmitting knowledge and skills but also in forming engaged and other-regarding members of our political community and civil society.

It is both unjust and unwise to condition parents’ ability to choose and children’s opportunity to attend qualified religious schools on their income or to, in effect, double-tax those who do. The well-off enjoy school choice; the less well-off want to as well. Neither the state of Montana nor any other government or official has a permissible, let alone a compelling, interest in maintaining an education-funding regime that categorically discriminates against faith-based schools and the families who choose them. Once one puts aside ideology and special interest, it is clear: That education matters hardly means that only state employees can be trusted to deliver it.

The post Symposium: Principles or improvisations? Why (and how) the justices should reject anti-religious discrimination appeared first on SCOTUSblog.