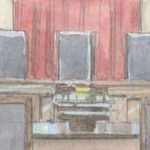 At Bloomberg, Greg Stohr reports that yesterday “[t]he Trump administration urged the U.S. Supreme Court to give the president more control over the Consumer Financial Protection Bureau, the agency that regulates mortgages and credit cards,” “[a]sking the court to take up a pending appeal” and to rule that “the Constitution requires that the president be allowed to fire the agency’s director for any reason.” Jess Bravin reports for The Wall Street Journal that “Tuesday’s brief, filed by Solicitor General Noel Francisco, reverses the position the CFPB took before the lower courts, continuing the Trump administration’s effort to reduce the bureau’s power and roll back other provisions of the Dodd-Frank Act that the banking industry complains are too burdensome.”

Does Your Cannabis Business Qualify for Trademark Protection? The Answer is Most Certainly “Yes!”