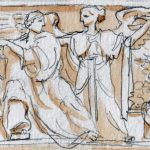 At Newsweek, Roger Parloff discusses the three cases involving President Donald Trump’s efforts to shield his financial records from subpoenas issued by a New York grand jury and three congressional committees that the court agreed last week to hear, observing that “the rulings below suggest that judges of different parties see these cases through radically different lenses.” At Truthdig, Bill Blum argues that these cases offer “Chief Justice Roberts and the other members of the nation’s highest judicial body” an opportunity “to demonstrate that there are no such things as ‘Trump judges.’”